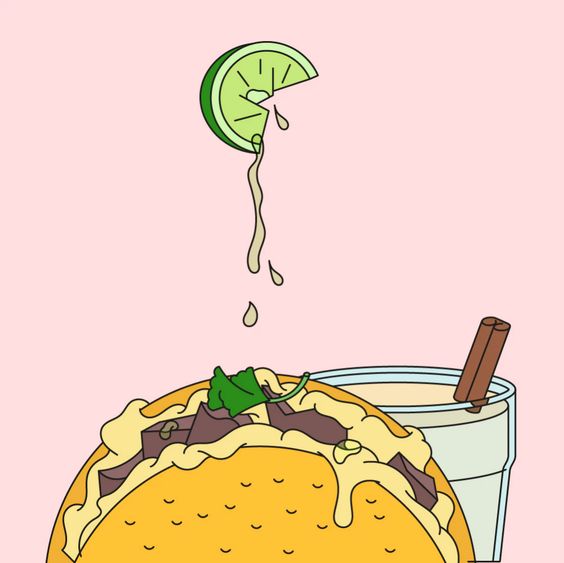 Popped in to Provecho tonight for a yummy Latin inspired meal after having this one on my list for a bit.  Out in the Langtree area of Mooresville, it feels like it is quite far out (for me) but it’s becoming quite the little restaurant scene out here.

We arrived at 8pm on a Friday night, easily found a parking space and walked into the half full restaurant to a sign that asked us to seat ourselves.  We chose a half booth half table that felt comfortable to us and had a seat.  I love that we got to choose where we wanted to be. 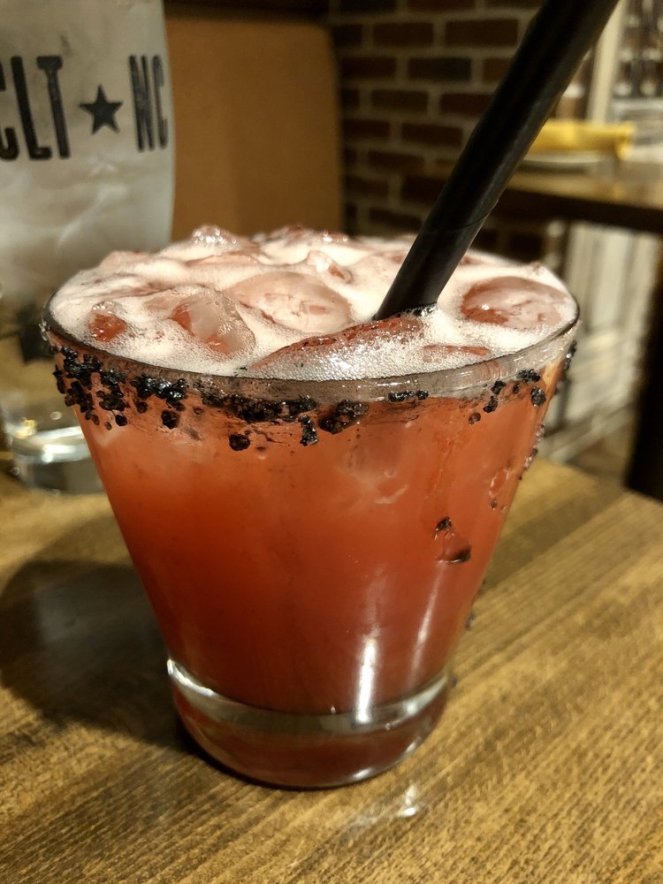 The waitress came over to greet us quickly and got our drink order.  I ordered a Strawberry Cream Margarita and it was Instagram worthy.  It was frothy and cold, and sweet too!  I don’t know where the “cream” came in, but it did have this beautiful black sea salt on the side that was just gorgeous!  I have to say I wouldn’t have minded some sugar instead of the salt.  Still, a delicious drink.

We decided to begin with Queso Fundido, which the server explained was not like cheese DIP but rather cheese melted in an iron skillet.  It was served with flour tortillas but she also brought us chips, too.  It comes with a small cup of salsa verde, but I ordered a cup of regular salsa since I prefer the tomato based salsa.  The salsa was very chipotle forward, but it was fine.  The fundido was amazing!  Melted cheese with browned bubbles all over…wow!  It was my favorite dish of the night. 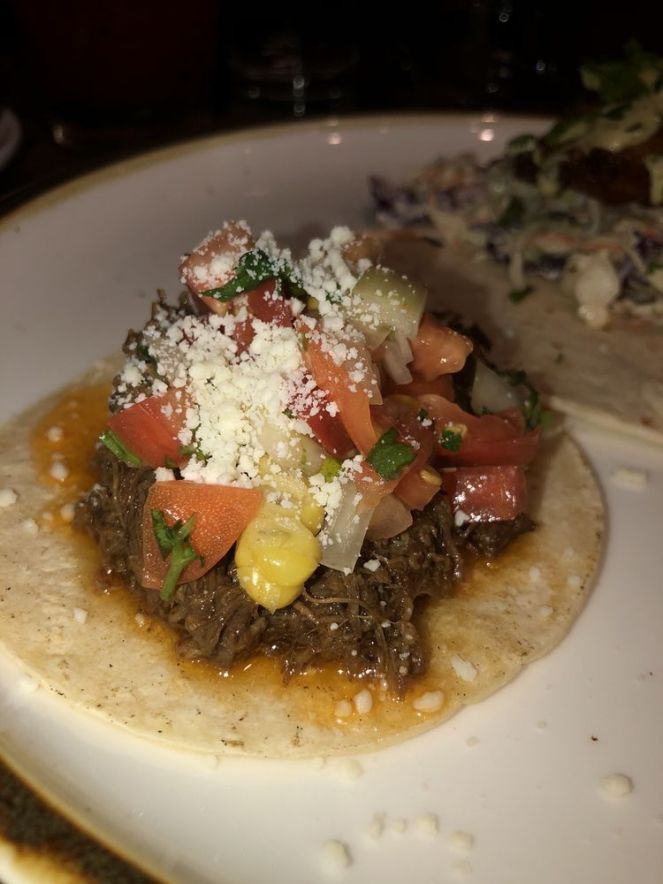 I had two tacos, one beer battered fish and one braised beef.  They were both great.  The fish was crispy and topped with avocado, crema, Mexican slaw and cilantro.  It was a nice contrast with the warm fish, the fresh slaw and the cool crema.  The beef taco was more about the meat, and it was delicious as well.  Think a Latin flavored roast beef.

My son got Arroz con pollo, which was delicious and you could really taste the adobo, which is not my favorite flavor oddly enough.  Still the chicken was cooked well and it was a flavorful dish.

This is a great little restaurant which looks like a lot of local people come to just hang out, have a drink and a snack as well as diners having dinner.  Give it a try!