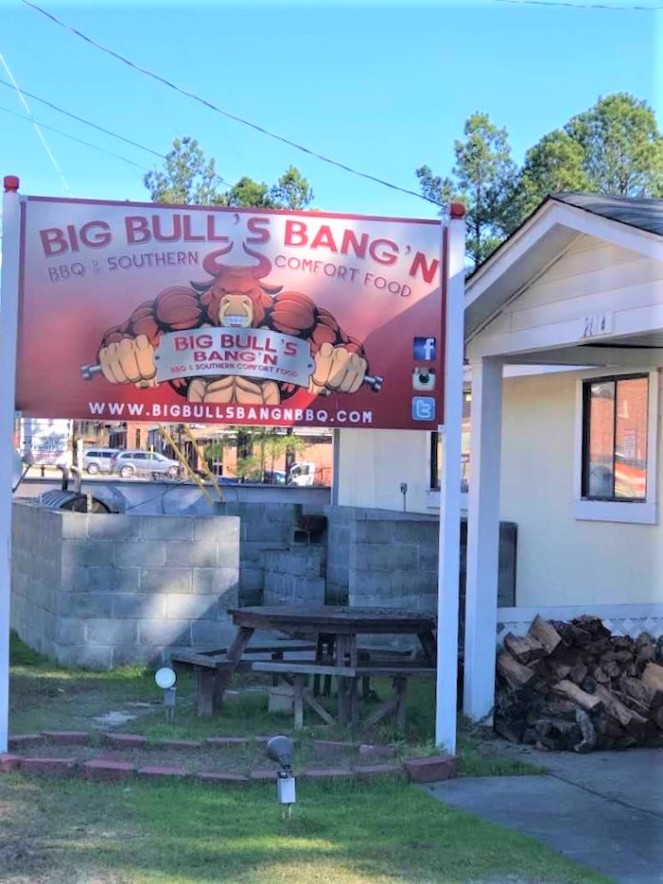 While on the way to a girls weekend in Savannah, we stopped in Columbia SC for lunch and gas.  We pulled up yelp and using the tool to tell us what was nearby, we chose this place for lunch.  Now, without this app on my phone I would have never known about this out of the way spot and probably prejudged it because of its humble appearance.  That would have been a huge mistake.  This, folks, is the real deal.  And I’ve been telling everyone I know.

I got the vibe from the owners that they knew their food was good and they weren’t putting up with any crap.  Order, sit down and be patient.  Our food came out in record time, but there are signs alluding to the fact that this food is home cooked and that takes time.  It is worth it, no matter how long it takes them.  This is some of the best home cooking I’ve ever had in a restaurant.  And if anyone knows restaurants…

There were so many delicious choices on the menu I just couldn’t pick.  I took a cue from food celebs and asked one of the diners. And it was the best choice, even though it was WAY too much food. 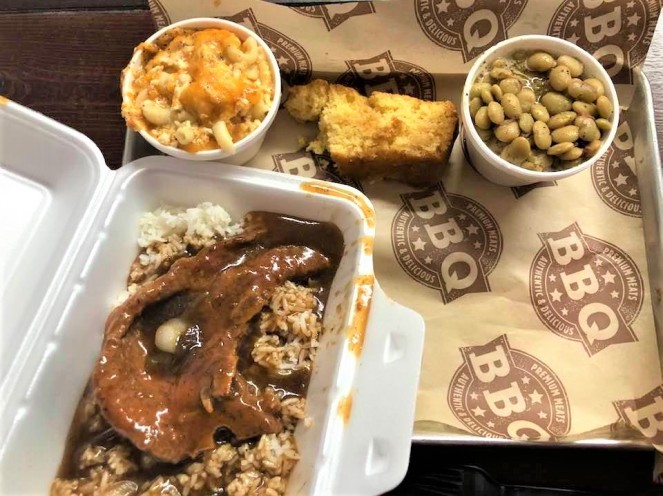 I got the pork chop plate, which came with TWO pork chops, two sides and bread.  They said I could have one of each style of pork chop, so I chose one smothered in gravy over rice and one fried.  I love gravy and rice, and that pork chop that was simmered in it was fall apart tender and was so delicious with the fluffy white rice. The gravy had whole slices of green pepper and onions, adding another layer of flavor.  The fried pork chop was simpler, but I think it was my favorite.  So often when people fry things, they forget to season when it comes out of the fryer so the food is bland.  You will NOT experience this here.  Their food is a flavor bomb.  For my sides I chose macaroni and cheese and lima beans.  The macaroni and cheese reminded me of my great grandmother’s, and I almost teared up.  My childhood came flooding back over me with just one taste!  The lima beans were seasoned with smoked ham chunks and seriously could have made me full with just a bowl of these and this amazing cornbread they serve.  It was so dense and sweet, almost like cake. 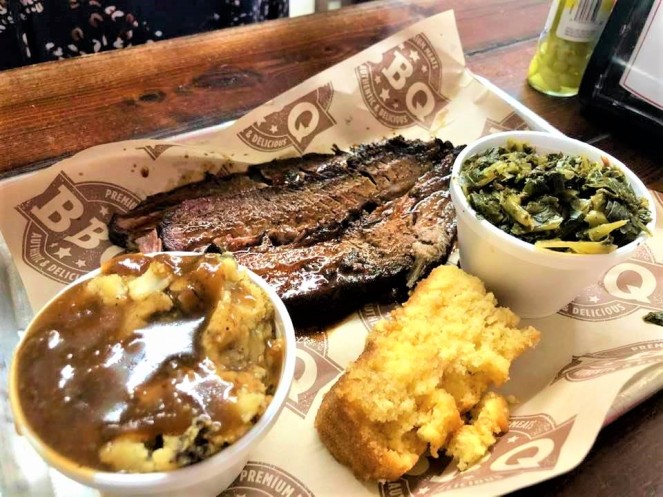 Jennifer chose the beef brisket and it was another amazing choice.  The beef was smoked perfectly and so tender, you could cut it with a plastic fork. The sides that she chose were collard greens and cornbread stuffing.  The collards were some of the best I’ve ever had, again seasoned perfectly and cooked well.  The cornbread stuffing was different than I’d had before, a little sweeter and a smoky flair, but delicious nonetheless.

This place is a real diamond in the rough and deserves a ton of foot traffic.  It is off the beaten path, and there is some construction on that road (at the time of our visit) but persevere!  You may just have one of the best home cooked meals of your life!