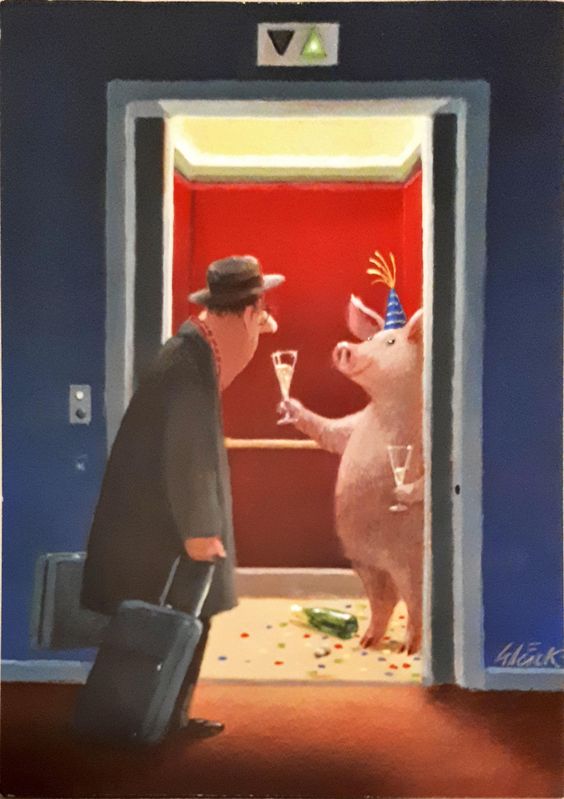 I wrapped up restaurant week with a visit to Big Ben’s with a couple of friends.  Man do these restaurants get busy during this week and the servers really hustle! We had a pleasant time and it’s a cool place to come to watch a soccer game.

Parking is intense here, few spots and lots of folks going in and out, swinging around other cars, so be careful.  I did see a Valet, but did not use.  There was no one at the stand so I can assume he was parking or fetching another car.  There were a few cars in line to use him, so everyone was swinging around them to get in and out. 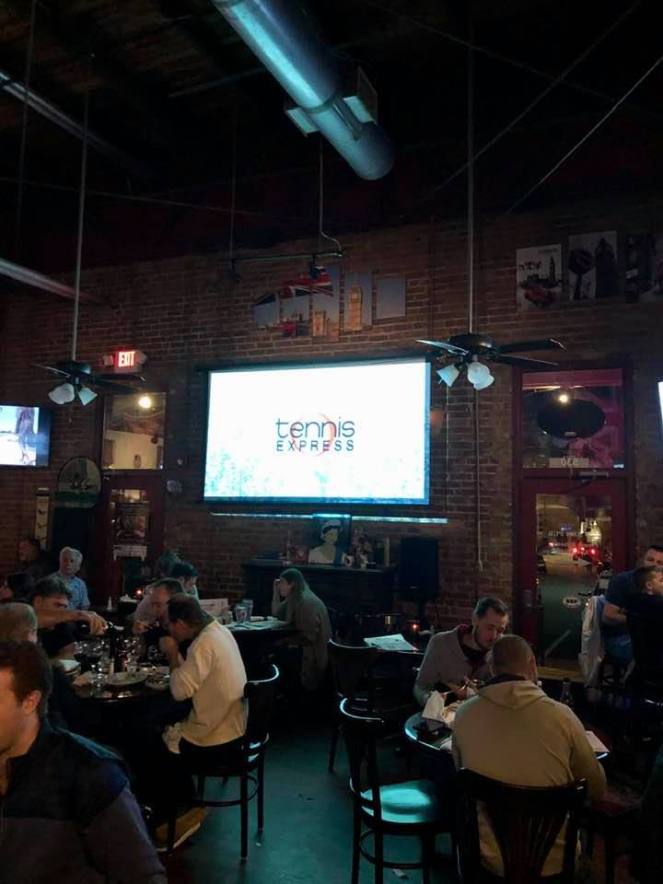 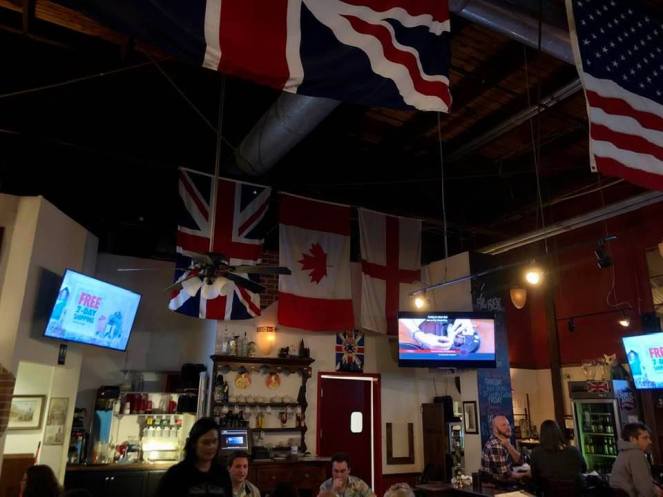 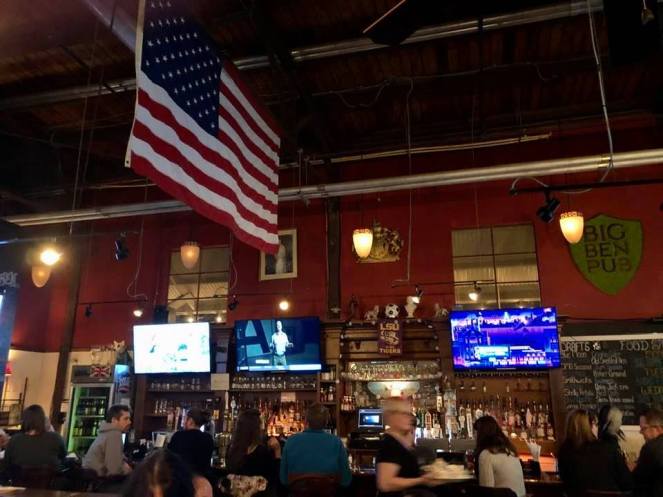 When you walk in, it really has the air of a British pub…or at least what I imagine one looks and feels like.  There are flags hanging from the ceiling, a bar and television sets everywhere.  The atmosphere was cool and lively.

We were seated at our table which had to be bussed first, so we hung around the hostess station while that happened.  I had reservations, but it was no big deal as they were crowded and busy.  After being seated it took a minute for our server to acknowledge us and he was clipped and curt.  Still, not a huge deal, but did dim the experience a bit.  Our drinks were brought out and the sweet tea was really good.  My friends had a mixed drink and a chardonnay.

For starters I ordered the Ploughman’s Platter off of the regular menu.  That was the biggest disappointment of the night.  A few cubes of cheese, crackers, big pile of lettuce in the middle of the plate with a spoonful of cole slaw, a pickle and 2 spoonfuls of relish along with a boule of brown bread.  It felt like stuff I’d grab out of the fridge to feed popcorn visitors!  Don’t waste your money on that, it was truly ridiculous. 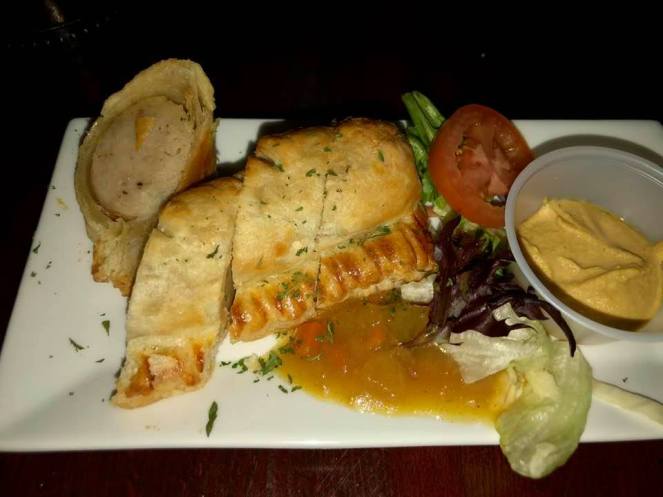 We also tried the sausage rolls and those were delicious.  These are kielbasa sausage wrapped in puffed pastry and served with spicy mustard and their house-made relish.

Jennifer was trying to be healthy and ordered a garden salad.  It was fine.  I thought the dressing was good.  She gave me some to eat with my lettuce on the ploughman’s platter.

Our entrees arrived swiftly…too swiftly.  We were still trying to eat our appetizers and had to shift things around awkwardly. The meals were good. We sampled Haddock and Chips, which was a HUGE amount of food!  Very impressive looking. The fish was well cooked, it simply lacked seasoning.

I had the Cornish Pasty which was a puff pastry filled with ground beef, onions, gravy, peas, carrots and potatoes.  It was so darned good!  I truly enjoyed it, very flavorful and seasoned perfectly.  It was served with delicious mashed potatoes and they poured more of that brown gravy on top of them and the pasty.  The only problem was that the gravy and mashed potatoes were cold on top and barely warm on the bottom.  I guess mine had been sitting in the window awhile.  Also accompanying was mixed veggies, which were barely cooked and not seasoned at all.  I LOVE veggies, and first dove into the squash and zucchini only to find it terribly bland.  So disappointing.

We also had the Steak Diane, and it was good.  Nothing special but very good.  It was a well cooked steak with a creamy sauce, accompanied by roasted potatoes and those same flavorless veggies.  I had a bite of the steak and determined it was nicely grilled and cooked to temperature.

The Queen’s Feast came with dessert, so my friends chose the Sherry Trifle and the Bread and Butter Pudding.  The waiter actually brought the apple crisp (you couldn’t tell because the thing was covered with so much stuff).  By the time we realized the mistake, we didn’t see the waiter again to ask him to correct the mistake.  The one bite I had of each was enough for me.  Both were sub par, lacking flavor and finesse.  They were both topped with Cool Whip and it kind of ruined the dessert.

While I was not wowed by the restaurant, I do think it is a good representation of an English pub.  I think if you go there expecting pub food, you will be pleasantly surprised, especially if you are drinking 🙂